When Roger Artigiani took over the 2300 Arena in the mid 2000s, he was sick of professional wrestlers hurling each other through the arena walls.

The arena, an unsuspecting warehouse tucked under I-95 in South Philadelphia, had its walls reinforced with concrete and dry wood to discourage wrestlers from attempting these spots.

Artigiani recalls standing out in the crowd during a match when the two wrestlers spilled out into the crowd.

“The guy takes the other’s head thinking it’s going to go through the drywall and the crowd is going to pop,” Artigiani said. “Well, the wall didn’t even budge.”

He mouthed to the wrestler, ‘Do it again.’

The wrestler tried it again. The wall doesn’t budge.

Artigiani turned and handed the wrestler the closest weapon he could find, a fire extinguisher, expecting it to be used in the form of a club. Instead, the extinguisher was sprayed all over the wrestlers and an unsuspecting crowd.

He doesn’t even recall the wrestlers in that match. That was just a typical night in the world’s most famous bingo arena-turned wrestling venue, one that has brought some visitors to tears once they arrive here on their wrestling pilgrimage.

The story of the 2300 Arena starts in 1992. Back then, professional wrestling worked in territories. Local promotions would dominate their regions, allowing local fans to familiarize themselves with that particular style of wrestling.

Soon after that, the promotion  settled into its regular home on Swanson Street in South Philadelphia, where the promotion ran 105 TV events or pay-per-views in that building. The Viking Hall Bingo club would officially be known as the ECW Arena.

“Back in the 90s or early 2000s, the only thing that ever took place here was wrestling or Saturday night bingo,” Artigianii, the current owner of the building, said.

This was during professional wrestling’s golden age, and ECW was a large part of it.

ECW achieved mainstream popularity in wrestling without having the budget of WWF/E or WCW at the time. It is now seen as a revolutionary promotion in the industry, introducing edgier characters and hardcore wrestling, something the WWF would do just a couple years later. ECW brought the grunge era to professional wrestling.

Philadelphia was the perfect home for the mecca of hardcore wrestling. ECW was the introduction of grunge to professional wrestling. Artgiani recalled a time where he had to call the police on a wrestler over a soda brand.

ECW alumnus,New Jack, someone who has gotten himself in legal trouble multiple times for his actions in the ring, started harassing a concessions worker over  a bottle of Sprite. Artigiani can’t remember if it was Sprite or 7-UP, but whatever brand they did have was not the brand New Jack wanted.

“He was a little messed up in the head that day,” Artigiani said.

Artigiani recalls going over to his friend in attendance who was a police officer.

“Is this a work?” the cop asked. A “work” is a phrase used in the wrestling industry to describe a storyline, part of the show.

After 25 police officers showed up to pry out New Jack, who had since locked himself in the locker room, New Jack was banned from the ECW Arena.

ECW closed its doors in 2001, but wrestling carried on in South Philadelphia. The building is home to the hardcore Hall of Fame, and has ran major independent promotions as well as WWE events since ECW shut down.

Notable independents that have frequented the 2300 Arena include Ring of Honor, Combat Zone Wrestling or CZW, Impact Wrestling, and Chikara. All of these promotions have the arena and fanbase to thank for helping them grow during a boom in independent wrestling.

In 2019, Evolve Wrestling held a show there that was broadcast on WWE’s streaming service, the WWE Network. The arena was also used to film scenes from the 2008 film The Wrestler starring Mickey Rourke during a Ring of Honor show. Artigiani recalls the fans turning on the action that was filmed for the movie, because it wasn’t as fluid as the actual wrestling was that night.

ECW hasn’t been around in 20 years now, but their home has stayed relevant because of the history and fanbase.

“A lot of the guys I have a lot of respect for,” said Artigiani. “They respect this building. It’s like hallowed ground. I’ve driven by here going home at night and people are outside taking pictures.”

Artgiani said  ECW fans have a passion that he has never seen before. As a New York Yankees fan, he feels emotion when he gets the chance to visit Yankee Stadium, but he has had people visit the ECW Arena and come to tears when they sit down in the arena.

“They’ll sit in the middle of the arena and start crying like we can’t believe we’re here,” he said. “These wrestling fans… are rabid.”

He recalls fans begging for splintered tables, chairs, and various sorts of debris as souvenirs when he first took over the building.

ECW was the last great territory in wrestling. Artigiani credits Heyman as someone who really understood what it meant to connect with his fanbase.

“He probably gave me some of the best advice I probably have gotten from anybody,” Artigiani said. “He said the one thing you can do that Vince McMahon can’t do, and that is be personal.”

Heyman told him that thanking the kids was a better way of ensuring that the whole family felt special for coming out to the show.

The staff at the arena feels the same way about this building. Every staff member wanted to come back to work after the pandemic, Artigiani said was the only positive of the pandemic.

“No matter what they did during the pandemic, they wanted to come back and be here,” he said.

The arena is getting ready for a post-pandemic world. While they can only have a capacity of 300 people currently, the lobby has been redone to add a bar as well seating for people to be able to grab a meal before a show.

The building looks very different now, but it still has plenty of ECW pay-per-view posters hanging around so the history of ECW is not forgotten. There is now an ECW mural in the men’s restroom, that was painted by Artgiani’s wife, Christy.

“No matter what, ECW will always be a part of this building,” she said.

Smaller shows are starting to be held there again. In July, the arena will hold its first wrestling show since the pandemic. Major League Wrestling or MLW, a fairly prominent independent promotion, will have a show on July 14.

Like the wrestling industry, the 2300 Arena has found a way to reinvent itself. It has a new name. It has a new look, but the legacy of ECW will always be a part of South Philadelphia.

And those walls are still holding strong.

Listen to the latest podcast

Temple’s Advanced Sports Reporting class, part of the university’s Klein College of Media and Communication, reports stories in and around the city of Philadelphia on a variety of different digital platforms. The class is also one of several that is part of Klein’s newly-established Sports Media Certificate program.

The name of the game 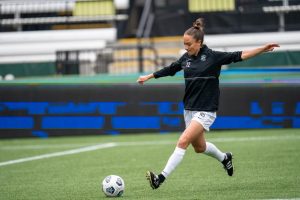 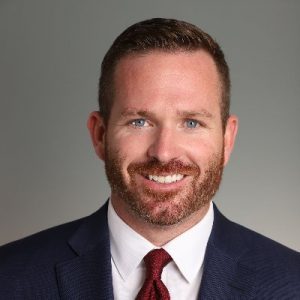 From the diamond to the courtroom